After the wipeout of the last season, a new era dawned upon the Hamburg Dockers last Saturday.

R Hennessy coaching his first official game as the women’s coach, H Wyatt doing the same for the men’s, all at our brand new home ground at the Hamburger Rugby-Verband.

The strength of both clubs numbers, the day started off with a development game for the men.

A tight tussle, Berlin were able to finish off their work at the critical stages and won by 18 points. Three Hamburg players, B Partridge, Nic Trzebiatowsky and our heroic President D Minssen, helped top up Berlins squad and each of them nearly would have been in Berlins best players.

The first official Grand Final replay for the day would be the women’s match up against the Croco-ladies. Our girls who trained really well in the lead up, put on an amazing show kicking 14 goals to 1 major. A mix of experience and first gamers, it was captain A Rode and debutant P Schmiedel who led the way, with R Atkinson kicking 5. Congrats to Ryan on his first win and the club couldn’t be more proud of our girls!

The second grand final replay saw the Crocs jump the Dockers early, leading 5 goals to nil until Hamburg scored their first major on the quarter time siren. A mini second quarter blitz from the Dockers saw them within reach but ultimately, it was all Berlin. Plenty of new for the day but some things never change, F Naumann did his best to keep his team in it.

All in all it was a very successful day for the club playing at our new sporting ground and women’s team taking the chocolates!

We would like to thank Berlin for traveling down to HH and we wish them all the best for the rest of the season. 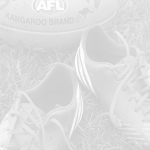